Overboard features nearly 250 sculptures by artist Andy Yoder riffing off Nike Air Jordan 5s. One of the most iconic and recognizable athletic shoes in contemporary culture, this specific model catapulted into popularity in 1990. That same year, more than 80,000 pairs of Nike brand shoes and work boots fell into the Pacific Ocean during a storm en route to the U.S. from South Korea, prompting Dr. Curtis Ebbesmeyer’s groundbreaking study of maritime currents. Using unique serial numbers on each sneaker, he and his researchers gathered data from beachcombers worldwide who found the shoes washed ashore.

Instead of cloth or leather, Yoder uses boxes, bags, posters, and other discarded items – much like the salvaged and waterlogged shoes. “I’m a big believer in the possibility of second chances, which is why this story has such appeal for me,” the artist said. “Making art is a form of alchemy and being creative gives us the power to steer the ship, rather than bobbing around like a sneaker lost at sea. With this in mind, if you come across a shoe on the beach (or a flip flop, or a bottle), do the right thing, and toss it in the trash. You never know where it might go from there.” 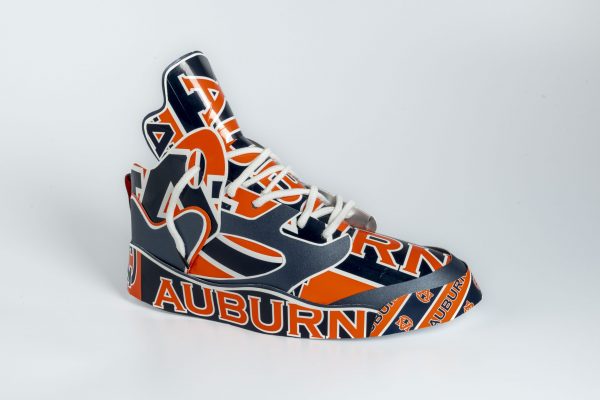 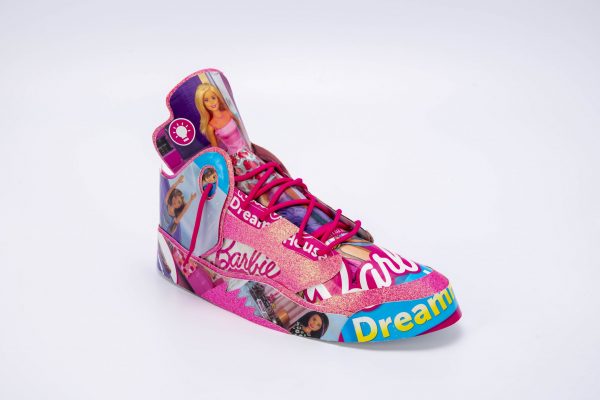 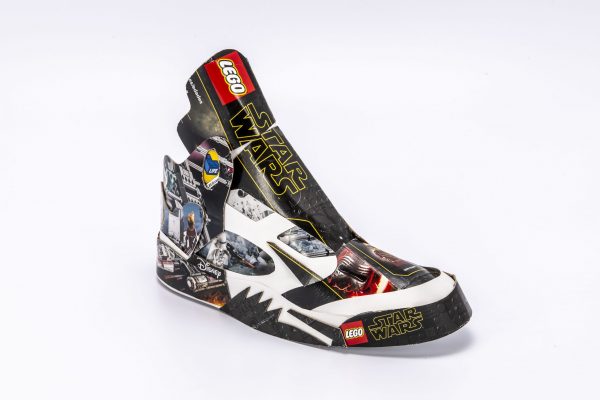 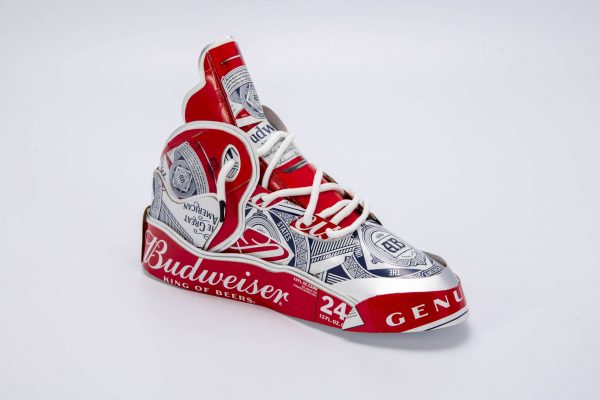 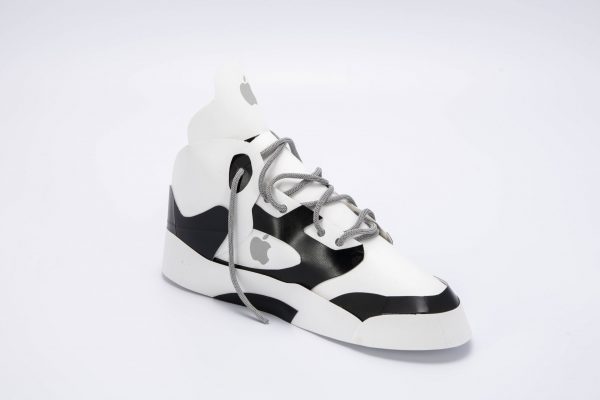 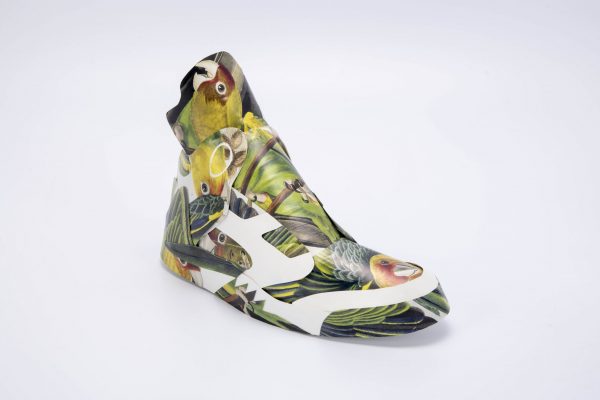 Andy Yoder graduated from the Cleveland Institute of Art and attended the Skowhegan School of Painting and Sculpture in Maine. His work has been exhibited at the International Print Center New York, the Saatchi Gallery, the American Academy of Arts and Letters, and the Reykjavik Art Museum, among many others. He has been commissioned to create work for numerous public installations, including for the Columbus Museum of Art in Ohio, the ESPN Zone in New York, and Hilltop Montessori School in Brattleboro, Vermont. He lives in Falls Church, Virginia. 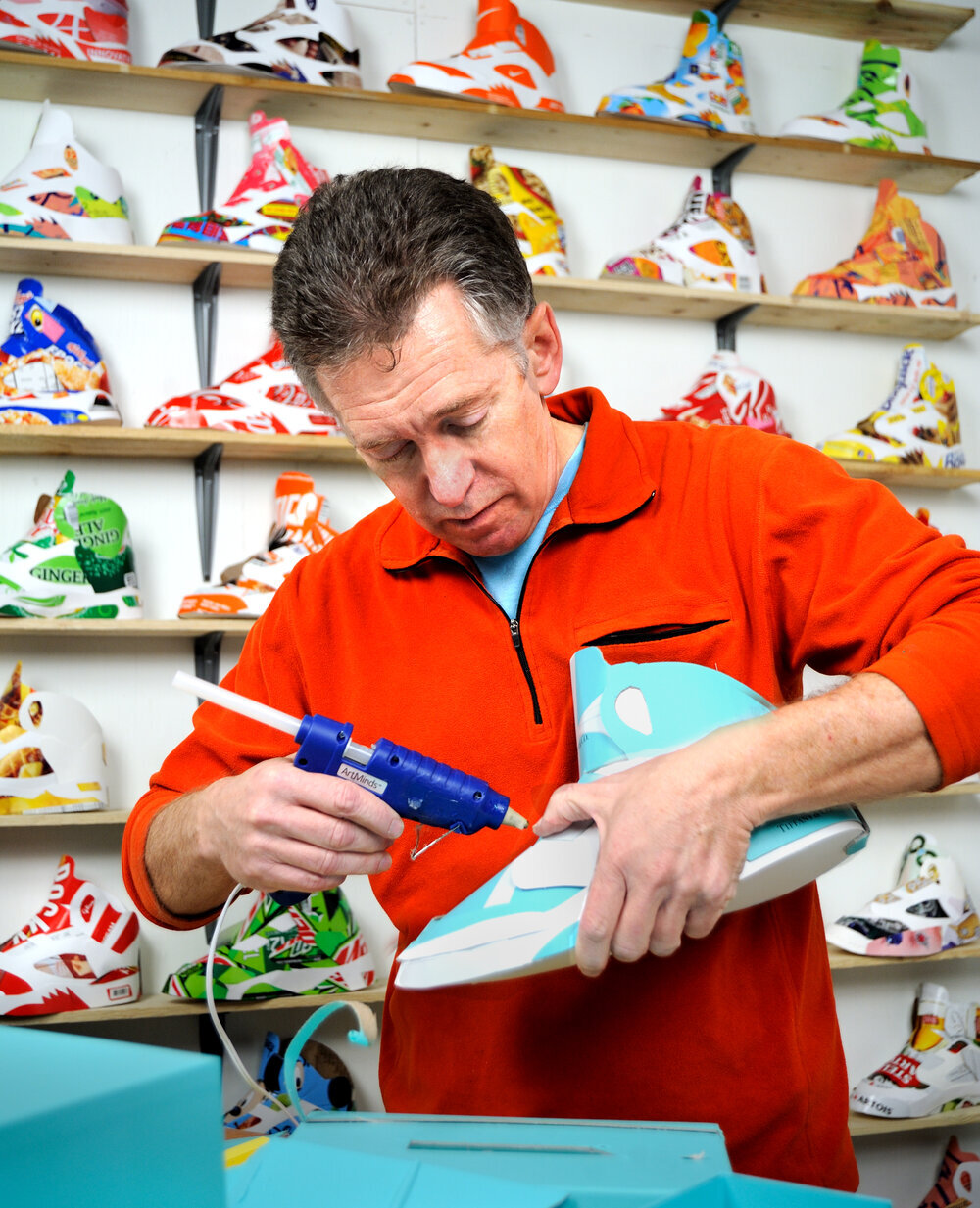 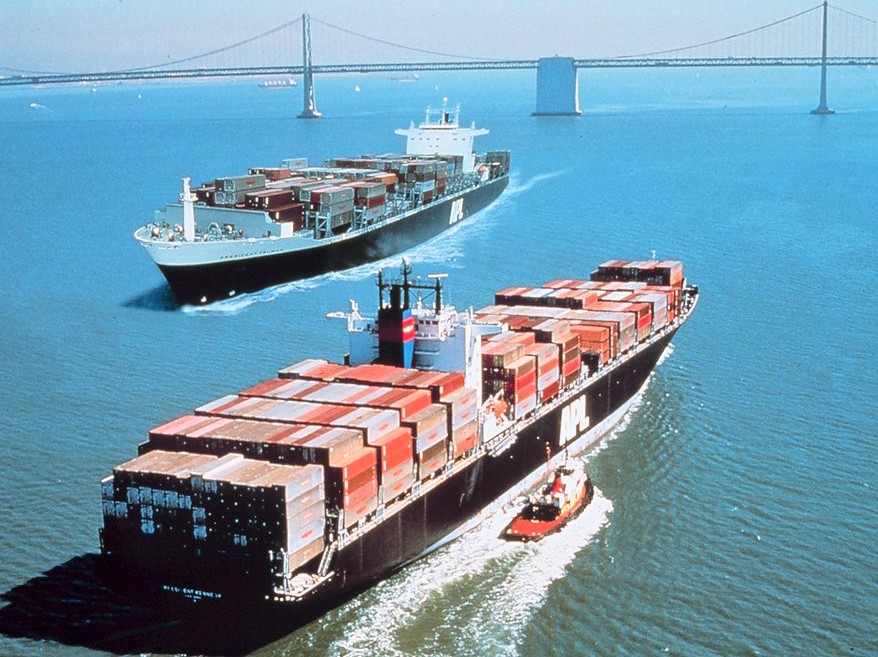 May 1990 – South of the Alaska Peninsula

En route to the U.S. from Korea, the Hansa Carrier loses 21 large shipping containers filled with more than 80,000 Nike Air Jordan 5 sneakers. Oceanographer Curtis Ebbesmeyer organizes a network of researchers and beachcombers to track the shoes by serial number.

Another batch washes ashore, attributed to a sharp reversal of currents from the shift of southerly winter winds to northerly summer winds off the Pacific northwest coast.